A MODERN LAW FIRM FOR A DIVERSE WORLD

We represent individuals, families, and children in every aspect of the legal process from beginning to end.

The Mehta Law Group (MLG Law Firm) is one of Chicago’s premier law firms. Our team of lawyers and staff are here to serve you and to help build a better future for yourself and your family. We represent individuals, families, and children in every aspect of the legal process from beginning to end. Our attorneys bring with them over 30 years of combined experience, we are professional, and treat every individual with the respect they deserve. We are hardworking and don’t back down, our goals is always to advocate for our clients, to ensure a positive end result. Whether you are contemplating filing a lawsuit, or whether you have had a lawsuit filed against you, our team can provide superior representation with the goal toward obtaining the best possible outcome.

THE FIRM / ABOUT US

The Mehta Law Group is one of Chicago’s premier law firms. Our team of lawyers and staff are here to serve you and to help build a better future for yourself and your family. We represent individuals, families, and children in every aspect of the legal process from beginning to end. Our attorneys bring with them over 30 years of combined experience, we are professional, and treat every individual with the respect they deserve. We are hardworking and don’t back down, our goals are always to advocate for our clients, to ensure a positive end result. Whether you are contemplating filing a lawsuit, or whether you have had a lawsuit filed against you, our team can provide superior representation with the goal toward obtaining the best possible outcome.

The Mehta Law Group’s mission is to ensure that your case takes priority. It is our belief that every case deserves the utmost care, regardless of the issues presented. We have successfully served our clients throughout the years and will do so in the future by giving our clients virtually unlimited access to our team. Our motto is simple “client’s first”. We handle case’s throughout Cook, DuPage, Lake, and Will Counties. 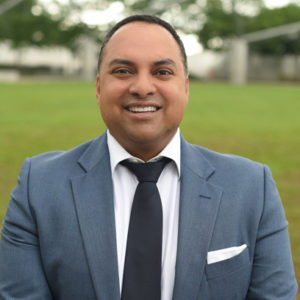 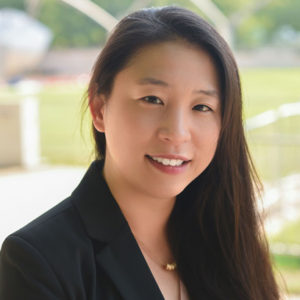 Angela Hwang is a skilled attorney with over 10 years of extensive litigation experience, which enables her to assist clients through some of the most challenging and important issues in their lives. She represents clients in all aspects of marital dissolution cases, including matters involving complex financial issues, non-marital asset protection, spousal support, child custody and visitation (now known as allocation of parental responsibilities and parenting time), removal and support. In addition to divorce cases, Angela has broad experience in other family law matters involving establishment of parentage, high-conflict custody disputes, complex custody and parenting matters, and disputes involving child support. Angela also represents clients in residential real estate transactions, providing assistance through all stages of a residential real property sale or purchase. 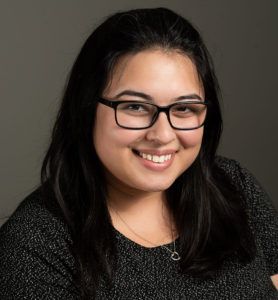 Born and raised in the City of Chicago, Hannah Aztlan was admitted to practice law in the State of Illinois in 2018. Hannah received her Bachelor’s Degree in History from the University of Illinois at Chicago in 2015 and her Juris Doctor from The John Marshall Law School in 2018.

During her time at The John Marshall Law School, Hannah assisted The John Marshall Law School Family Law and Domestic Violence Clinic in representing domestic violence survivors in a broad range of matters including but not limited to: Dissolution of Marriage, Child Support, Orders of Protection, and Allocation of Parental Responsibilities. Hannah also acted as a 711 Licensed Student for the Cook County Office of the Public Guardian, Domestic Relations Division, which offers representation to the children involved in contentious divorce and custody proceedings. 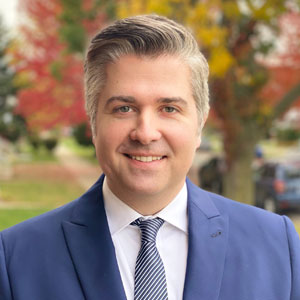 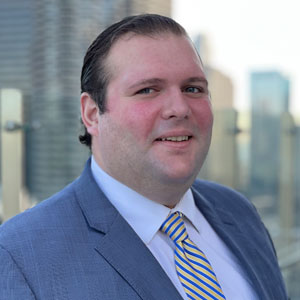 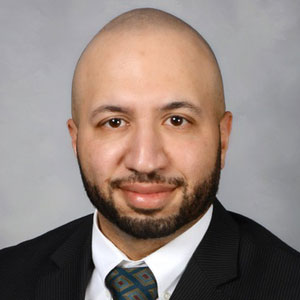 Oliver Soleiman was born and raised on the North Shore of Chicago and admitted to practice law in the State of Illinois in 2019. He attended
the University of Arizona where he received a Bachelor's Degree in Political Science and a Minor in Business Administration. Oliver received his Juris Doctor from DePaul College of Law. Since he has been admitted to the bar he has practiced in various areas of Civil Litigation.

During his time at The DePaul College of Law Oliver spent his time working for DePaul's Legal Clinics. As a 711 Licensed student Oliver participated in multiple clinics including; The Civil Litigation Clinic, Mediation Clinic, and Misdemeanor Clinic. Each Clinic provided individuals who could not afford an attorney with legal assistance. He was one of the students selected to be a member of DePaul's Asylum Program. The program took students to the border city of Harling, Texas to aid Asylum seekers with their applications. Oliver is a member of the Chicago Bar Association and Illinois Bar Association.

Nadir Chaouni received his law degree from Northern Illinois College of Law. He also holds a bachelor’s degree in Political Science and History from Northeastern Illinois University. During law school, Nadir participated in several trial competitions and served on various student organization boards. Nadir devoted time in law school to volunteering at the Hesed House where he represented clients who were underprivileged in legal matters ranging from supplemental security income to social security administrative hearings. Nadir was admitted to the Illinois Bar in January of 2021 and is a member of the Chicago Bar Association as well as the Illinois Bar Association. When not in the office, Nadir likes to referee various high school and adult sporting events. Nadir has coached youth football and also volunteered his legal expertise through Pro-bono client representation. 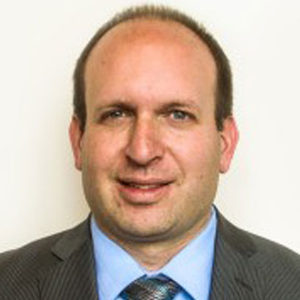 Peter L Berk joined the Bar of the State of Illinois and the United States District Court in 2001, and immediately began serving the needs of financially distressed businesses and consumers in the Chicagoland area.

The foundation for Mr. Berk’s practice was formed at Loyola University of Chicago School of Law. As staff editor of the Loyola Consumer Law Journal, Mr. Berk demonstrated a strong interest in consumer rights and affairs. Also at Loyola, Mr. Berk was recognized for excellence in legal writing.

In 2001, Mr. Berk began his legal career as an associate with the Chicago law firm of Morgan & Bley, Ltd, where he practiced in the areas of bankruptcy, civil rights, and complex litigation. At Morgan & Bley, Mr. Berk worked to reorganize small businesses in Chapter 11, obtained bankruptcy relief for many consumers, represented individual police officers in a well-publicized lawsuit against a municipality in the Chicagoland area, prosecuted and defended defamation actions, and engaged in other general litigation matters.

In 2003, Mr. Berk transitioned to the law firm of Evans, Loewenstein, Shimanovksy & Moscardini, Ltd as an associate attorney. At Evans, Mr. Berk continued his representation of consumers and businesses in bankruptcy proceedings. In addition, he served as a staff attorney with Pre-Paid Legal Services, Inc., now known as Legalshield, Inc. ELSM is the provider firm for all of the 50,000+ Legalshield members located in the State of Illinois. Mr. Berk has been recognized by Legalshield for providing outstanding service to its members. At ELSM, Mr. Berk expanded his practice to include real estate. Today, Mr. Berk continues his relationship with ELSM as Of Counsel.

Mr. Berk’s current practice focuses on bankruptcy, real estate, and civil litigation. With respect to bankruptcy law, Mr. Berk has a wealth of experience. He has successfully obtained discharge of millions of dollars of consumer and business debt for his clients. Mr. Berk has also successfully litigated bankruptcy matters for both Debtors and creditors, including trial work. Mr. Berk’s real estate experience has included a wide array of successful transactions, from multi-unit apartment buildings, to auto repair shops, to single family homes, to condominiums. Mr. Berk specializes in closing short sale transactions. 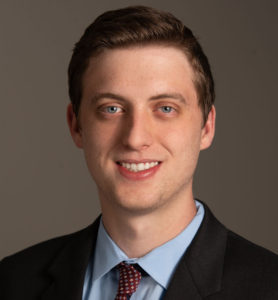 Evan graduated from Northern Illinois University with a Bachelors Degree in Political Science. His duties at the law farm include keeping cases organized by establishing and maintaining important documents in a fling system. Evan also supports attorneys with any day to day operations. 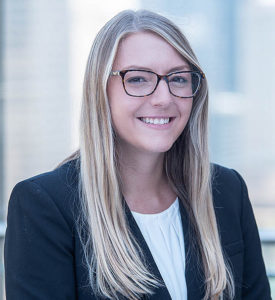 Originally from Springfield, Illinois, Keeley recently received her Master of Arts degree in Criminology and Criminal Justice from Loyola University Chicago. As a legal assistant, Keeley handles electronic and in court filings at the office as well as assisting with discovery, subpoenas, financial affidavits, and pleadings. She assists attorneys with day to day operations and communicates with clients about the status of their cases.

Keeley has hopes of attending law school in the near future after she gains more legal experience. 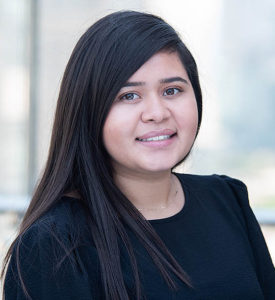 Belen is a legal assistant. She aids in handling electronic filings and performing court errands. Also, she assists attorneys with day-to-day operations and communicates with clients about the status of their cases. Because of her fluency in Spanish, she has become a primary contact for our Spanish-speaking clients.

Get A Free Consultation! Call us or fill out the form.

Thanks for your message! We’ll be in touch soon.

“Dear Angela, Nancy & Sean (The Mehta Law Group).
Many thanks for your help & support. A divorce process is not easy -actually is desolate-. I appreciate the empathy & understanding.”

“My first visit was timely, informative, friendly, & professional. Looking forward to working with them. Attorney Sean was great”

“I was very happy with the quick response and a thorough explanation of the lawyer’s process since I am a first time home buyer.”

“I hired Mr. Chaudhuri to finish up a divorce that was neglected by my first attorney. Mr. Chaudhuri responds to my questions and follows up with me regarding my case, explaining what is expected to happen and a plan of action. So far, he is very concise, thorough and well versed and is interested in what is best for his client’s future needs.”